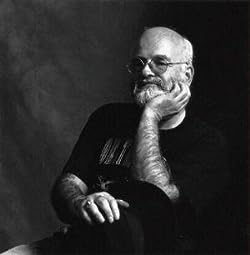 I mentioned this yesterday, but wanted to give it the full attention it deserves. So here’s my official grand announcement:

Someone decided to merge a neo-noir fantasy epic with a Viking saga…and nailed it. And I got to help.

Joshua Unruh is my Marketing Czar at Consortium of Books, and we’ve just completed acquisitions for Saga of the Myth Reaver: Downfall. Here’s the product description:

Noir: Everyday men and women drowning in the murky, corrupt waters of their own flaws.

At the crossroads of these two literary traditions stands the Saga of the Myth Reaver.

The Nine Worlds have never seen a hero like Finn Styrrsson. Blessed with an unmatched thirst for victory and the supernatural strength and vigor to slake it, Finn might have been the greatest warrior-king his people had ever known. But he was born the youngest of eight princes with a conniving eldest brother who won’t abide the threat Finn poses to his rule. Despite Finn’s unfailing loyalty, he is forced from his home to forge a new destiny.

Already a powerful warrior and deadly reaver, Finn discovers that he above all others is equipped to kill the monsters, the giants, the myths that besiege Midgard. He becomes the Myth Reaver and a living legend.

Yet despite his prowess and fame–indeed because of them–Finn never wins that which he most desires. He never finds a home. After a lifetime spent battling dread monsters and shining demigods, Finn realizes that in all the Nine Worlds, there is only one enemy whose defeat can give him the renown he so richly deserves.

Whether it’s in search of glory or a glorious death, Finn always overlooks his true enemy. That mistake will be his downfall.

We’d like to start the book off with some positive word-of-mouth, so if the premise sounds interesting and you’d be willing to provide a helpful book review, leave a comment below (with a valid email address). We’ll send free ARCs to the first 100 people who ask.

The book is now live at Amazon, Barnes and Noble, and Kobo! That means we’re no longer offering the ARC, but you can pick up your own official copy for just 99 cents.

Check it out, and be sure to leave a review!

I know a lot of you have been anxiously awaiting the news, so I’ll go ahead and share that right up front:

You can read the official release announcement here. (And if you’re interested, you can sign up for new release notifications so you’ll get those announcements by email.)

You might have noticed that this release is a little crowded. I’m busy talking up the much-anticipated release of the conclusion to my fantasy trilogy, and I also keep mentioning my friend Courtney’s book at the same time.

That’s by design. I was sitting in a publishing meeting with the other staff at Consortium Books last January talking about the June release of this book, and I said, “Let’s publish Courtney’s at the same time.”

Everyone looked at me and said, “You’re crazy. That’s too much work.”

But here’s why I suggested it:

Courtney needs to be noticed, and you guys need to read her book. This isn’t a marketing thing; it’s an Art thing. The world needs more high fantasy the way Courtney does it.

So pick up a copy of Rethana’s Surrender while you’re grabbing The Dragonprince’s Heir. We’re selling Rethana’s Surrender super cheap, so it won’t set you back much, and in exchange you’ll get to meet some rich, engaging characters and take your first steps into a fantasy world that promises to be fascinating for years to come.

We plan to release The Dragonprince’s Heir on Tuesday, June 26th, along with the debut epic fantasy Schism by Courtney Cantrell.

That’s just two weeks away! Some of you have already applied for Advance Reading Copies of the book, but the rest won’t have long to wait.

In the meantime, here are a few things you could do to help support my writing and your own entertainment:

Contribute to the Kickstarter campaign

There’s only a few days left on the KickStarter campaign, but it’s an opportunity for you to support a good cause and pre-order your personalized e-book or signed first-edition paperback.

Check it out, and spread the word!

If you’ve enjoyed any of my books, please leave a review. It makes more of a difference than you might imagine. One of the biggest things you can do to support me as a writer (right after “Buying my books” and “Recommending them to your friends”) is leaving a review at Amazon.com.

Some of you have mentioned how desperate you are for new reading material. Maybe that’s just a cynical bid for extra consideration when it comes to getting an Advance Reading Copy of The Dragonprince’s Heir, but I’m going to take those comments at face value and offer you the recommendations I can:

More Stories from the World of the FirstKing

I have two other short stories related (if obliquely) to the cataclysmic dragonswarms that underpin the Dragonprince Trilogy.

I also have another short story from the same universe, focusing on a different era altogether (and a whole new magic system). Grab a copy of the first issue of our anthology, A Consortium of Worlds, and look for “The Bloodshield Betrayal.”

Superhero Fantasy from the World of Auric

If you’ve already read all the dragonswarm stuff, I’ve got another whole universe of fantasy to offer. The World of Auric features a brand new genre, “superhero fantasy,” where larger-than-life adventurers battle sinister supervillains in a setting that is pure, epic fantasy.

If those two short stories seem like a cruel tease, you’ll be glad to know I’ve got a feature-length novel under development (Oberon’s Dreams), and we’ve specced out at least three epic trilogies featuring these heroes.

And if you’re willing to venture outside the realms of epic fantasy, I’ve got a whole trove of other stories to share with you. The Ghost Targets series features a near future dominated by total universal surveillance…and the FBI team dedicated to tracking down those people rich or powerful enough to escape the attention of the database archive.

That series will eventually run to 25 books, but those four should be enough to keep you busy until The Dragonprince’s Heir comes out. I’m awfully proud of them.

If you’ve already read everything I have to offer, you can still discover other up-and-coming stars by checking out any of the other writers published through Consortium Books.

The easiest (and cheapest) way to do that is to pick up an issue of our short story anthology, where you’ll find stories from a half a dozen different writers for just $2.99.

It’s been a while since I’ve made time for anything but work. At the beginning of the year, that work was my day job. I put aside everything–homework, recreation, family…even my writing and publishing–because I knew how close my goal was. For two months, I buried myself in the day job just so I could crawl back out of it forever at the end of February.

But, as I’ve chronicled here, the end of one frenzy brought the beginning of another. I went from finishing up my day job to finishing up my Master’s degree. For another two months, I was desperately busy doing nothing but writing.

Everything got a whole lot better once I put on the cap and gown and walked away from the schoolwork…except, of course, I now had four months of neglect to make up for.

So now it’s time for recreation and family (not to mention my own writing and publishing). That all came together last week when I finally got the chance to dive into the newest novel from Consortium Books, Foreign Identity by Becca J. Campbell.

Foreign Identity is a light sci-fi puzzler. If I had to categorize it, I might call it romantic suspense. It’s Lost and The Truman Show rolled up in one. It’s a strange world, a living mystery, and two very ordinary people caught up in an unbelievable mystery.

The science fiction and mystery elements keep the story moving, but the real power of the book is entirely in the relationship between the protagonists, the conflict of true character, and the painful struggle to find a companion when you really, really need one.

And since I’m lucky enough to be friends with the author, I get to participate in her Sneak Peek Blog Tour. That mainly means that you get a chance to win the book from me! Becca’s set up a Rafflecopter giveaway, and you can win a free copy of the book by signing up below.

For more chances to win, check out the other stops on board Becca’s Sneak Peek Blog Tour:

You can also learn more about Becca and get your own copy by visiting the Foreign Identity product page at Consortium Books.

Go there. Get a copy. Read it for fun. I did it for work, but that’s just because I have an amazing job. This was some of the most enjoyable reading I’ve done in a while. Now I’m off to do a little more. Later!